Aris Patron: "The crime you are committing must be stopped immediately"

Does it make sense to invest in a water softener?

As the last special edition of the current generation of its sports model Fordthe new Ford GT LM Edition celebrates the company’s Le Mans victory in 2016. Customer deliveries begin in the fall, with production wrapping up by the end of the year.

THE Ford presents the latest, special edition of the third-generation Ford GT, with the new Ford GT LM Edition honoring the only racing car from the other side of the Atlantic that distinguished itself in Le Mans taking victory in this iconic race in 2016, but also three podium places, with a historic “1-2-3”, in 1966.

The Ford GT remains exclusive and the last 20 examples of this special edition will further increase its uniqueness. Deliveries of the Ford GT LM Edition begin this fall, with production wrapping up later in the year.

With its carbon bodywork painted in Liquid Silver, the limited-edition Ford GT LM Edition is uniquely finished with blue or red accents, paying homage to the matching hues of the Le Mans-winning No. 68 Ford GT racer. 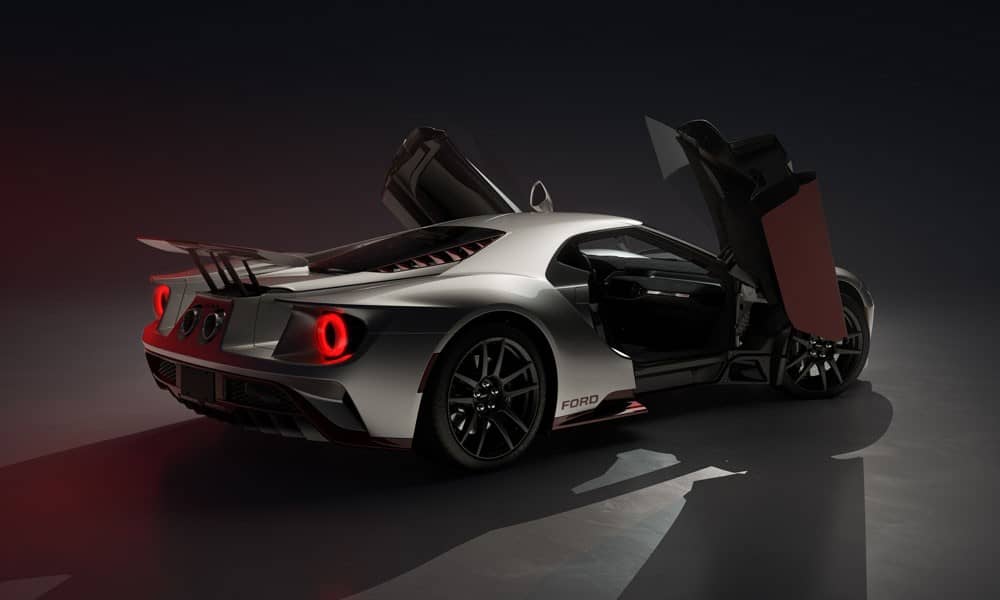 Ensuring a unique look, customers can choose between a dark red or blue coloring for the car’s exposed lower aerodynamic aids, which are made of carbon. The package includes the tinted and ultra-lightweight material found on the front splitter, side skirts and door sills, as well as the engine compartment louvers, exterior mirror arms and rear diffuser.

The 20-inch bare, high-gloss carbon wheels are adorned with titanium studs, while behind them are the black lacquered calipers of the Brembo brake system that reinforce the modern character of the whole package.

Unique to the Ford GT LM Edition are both titanium tailpipes, which are a product of 3D printing and adopt tangential fins inside, foreshadowing in the most characteristic way the capabilities of the twin-turbo EcoBoost engine of 660PS. Above the tailpipes, the ‘GT LM’ badging is also made of titanium via 3D printing.

Inside, the Ford GT LM Edition adopts unique equipment elements such as carbon seats with Alcantara trim, combined with matching red or blue driver’s seat and Ebony passenger seat with characteristic stitching in the color of the driver’s seat – the same color as the driver’s seat. and the engine start button.

The instrument panel is trimmed in Ebony leather and Alcantara, while the pillars and headliner are trimmed in Ebony Alcantara. Carbon is also found in other parts of the cabin, such as the console, the air vents and the bottom of the A-pillars with a matte finish.

Aris Patron: “The crime you are committing must be stopped immediately”

Does it make sense to invest in a water softener?