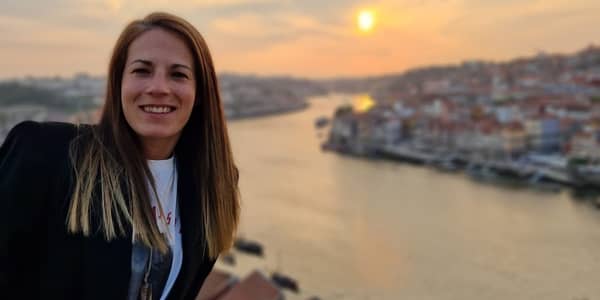 «For years I have been preparing the after, because we left here with a labor market that is zero»

by HAVANNEWS
in Entertainment
Reading Time: 8 mins read
A A
0
0
SHARES
0
VIEWS
Share on FacebookShare on Twitter

As the second best player on the planet and the mainstay of Burela and the Spanish team, Patricia González Mota, alias ‘Peque’, it is not strange for him to appear with some regularity in the media. In fact, La Madrileña (1987) expresses herself away from the parquet with as much or more ease than on the dance floor. And the headline of her last interview, in a sports newspaper, provokes a jump in the reader: «The day I leave him I will call a good psychologist». Thinking of leaving the courts? What does this need for a psychologist respond to?

To clear up any doubts, ABC contacted the athlete, who has just finished her concentration with Spain, with which she has sealed participation in the next European. The conversation, via video call, makes it immediately clear that withdrawal is not in Peque’s short-term plans. “But in the end we don’t stop having a certain age and that moment is closer than far. The life of an athlete is limited, we all know it », she acknowledges. The expiration date of his current contract at Burela Pescados Rubén is there, in 2024, just around the corner.

«On the track I have not yet noticed the mental change. I still enjoy like when I was little. I just came from the national team and went to a final phase, I live it the same as 25 years ago. I’m lucky that physically I feel very well, but it’s true that futsal takes up a lot of time and a lot of things, although it also gives us others. What tires me the most is traveling, not being able to be with family and friends at certain times. And in the end it is that, you are getting older and the balance is tipping.

Among those sacrifices that athletes have to face to move into the futsal elite or any other sport, for Peque there is one in particular that weighs more than the rest: «I have been playing outside Logroño since I was 18 years old. Madrid. I have never had problems because my family has supported me one hundred percent and my friends too, in that I have been a lucky one, but now two years ago, almost three, I had a little nephew and that pulls a lot ». «Last Sunday we had an afternoon off from the national team, luckily it was in Madrid and I was able to be with him, and when you say goodbye… a piece is ripped off. When there are children involved, it weighs a little more », he confesses.

Having verified that although the withdrawal is there, very present in her head, it is still a distant scenario, the conversation leaves the initial path and takes a detour to focus on the way in which an athlete of her stature faces the final stretch of his career, with all its certainties, doubts and fears.

“There is a lot of talk about mental health during the competition, but it is also necessary after”

“It is a moment for which you have to prepare yourself,” she explains convinced. «We are in a precarious situation in that sense, because you find, after many years, that you have to enter the labor market and that is very difficult. It is something that worries us a lot to the players, because you see yourself at a certain age and all the people your age have had a career path that you don’t have. I have had the same lifestyle for twenty years, where the main thing is futsal, and if that is taken away from you, you have to restructure your life and that is complicated. It is something that is not talked about but that is very important, because life changes completely the day you leave the sport.

“There is a lot of talk about mental health during the competition but it is also necessary after. It is that in the end it is from Monday to Sunday, 24-7. Food, rest, when your friends go out you can’t because you have a game the next day… and that is a process of many years that suddenly they take it away from you, you are left empty. And that is the real moment, in which the athlete needs help in all areas.

Opening that door, without knowing what is behind it, causes a certain feeling of vertigo, although in Peque’s words there is no hint of fear. «I haven’t had a free weekend from August to June, I don’t remember the year… since 1900 something, so imagine. But I think in my case I’m going to enjoy it a lot. I am lucky that I have another thing that I like in terms of work, which does not have to be in line with futsal either, and although it seems strange I would like to work, be in the labor market, with a somewhat fixed schedule»

The captain of the Burela insists on the uncertain future posed by landing in the labor market. «I did a middle and higher degree in administration and finance and now I am with a master’s degree in sports management. For a few years I have been thinking that I have to prepare for the aftermath, because we left here with a labor market that is zero. I have been lucky enough to have jobs, I was at Pescados Rubén, a large company, but it is true that it is not the same as a person who has been working for ten or twelve years. A priori it’s fine, but then you have to open the doors. We must not forget that we are female athletes and that we have it more complicated. You just have to see that important positions are not usually held by women.

It is at this point in the talk of withdrawal that the other key word, psychology, comes up: “Theory is one thing and then there is practice and that is when I say I will need a psychologist for sure.” Curiously, this affirmation coincides with the irruption in the conversation of Joziana de Oliveira (Chapecó, 1982), Burela goalkeeper. She arrives in a hurry, because at the beginning of this interview three of her were caught in the car after training, but during the drive to her house she listened attentively to the words of her teammate.

“At 35-40 years old we find that we have to enter the labor market and we have a victorious and very beautiful sports career, with titles and unique experiences… but proving it with documents is complicated,” Jozi agrees with Peque.

With the Brazilian, a little more veteran than her partner, there is another curiosity: “I am a psychologist and I have studied a master’s degree in sports psychology and my idea is to continue in the world of sports,” she explains. “Above all, getting involved with adolescents who are perhaps the ones who suffer the most and may have the most difficulties managing themselves.”

During his studies he has had to approach many theoretical situations such as the withdrawal of an athlete, «that’s why I always thought it was going to be an easy moment for me for having prepared myself. But I’ve been playing for 20 years, dedicating myself solely to futsal, with a super organized life with training, travel, food, care… I don’t know. Sometimes when we have a free weekend it catches us by surprise and we don’t even know what to do.

“If I had nothing prepared, the moment of withdrawal would be like a leap into the void”

«But I want to work and what makes me feel better, because I still feel that I am very competitive, is making that transition towards psychology and leaving the competition. I think that will fill in the gaps that I’m going to feel, because If I didn’t have anything prepared, it would be like jumping into the void.».

Fortunately, nowadays elite athletes have the valuable help of the clubs whose colors they defend, which is the case, for example, at Burela, which has a sports psychologist, and even from other organizations such as players’ associations.

The locker room dodges the issue

The next question is obvious. Surely on some occasion, in the privacy of the locker room, the issue of withdrawal has been raised, and moreover changing side by side with a psychologist. But the answer is not the expected one. “We avoided the subject a bit, in the sense that you see that the end of the race is approaching and you don’t want to accept it,” Jozi confides. To which ﻿Peque adds that “it is a subject that I’m not going to tell you that it’s taboo, but it’s very personal. It is one thing to say it when it is already decided and another is the process, because a colleague who says that she withdraws and is doing very well, we would unconsciously pressure her to continue ».

Although neither of them contemplates hanging up their shoes in the near future, they are very clear about what it will be like when it arrives. «I want to retire enjoying myself on the track, which does not mean winning that it is different. Being important to the team. And without pain, because I wouldn’t want to end up with an injury or things like that, which is the hardest thing for an athlete. And when I say retire I mean retire from the elite, I think I’m going to be playing pachangas all my life because it de-stresses me, it’s my therapy,” explains Peque. “In the end it is enjoying the journey, when everything weighs you down, it will be time”.

Very similar is the idea of ​​​​Jozi, who recognizes that for some time she has lived successes in a more serene way, with less euphoria and enjoying more for her colleagues who are debuting than for herself. «I know that the moment is approaching but I still feel in a position to compete at a good level. I’m not going to wait until I’m not worth it or not give up and feel that I contribute. When I don’t do it anymore, my body screams everywhere, the workouts overwhelm me… that will be the moment. When my energy on the scale leans more towards helping children, that’s where it will be. That’s why I did not want to set a date, although they recommend doing it and preparing. My body and my head will tell.

“But we’re not going to retire yet, eh!” Peque jumps with that common smile that all gamers share. “We still have a lot of interviews like this to do before we drop the tracks!”