Dimitris Skarmoutsos: "Many times I felt that I was getting close to death"

ALI’s flying motorcycle flew for the first time at the Detroit Automotive Show.

The first flight drone motorcycle we met her for the first time in Japan when presented by the company ALI in digital form. THE XTurismo it was a creation from the future influenced by sci-fi movies, but for the Japanese there are no limits.

The people of ALI, wanting to show that they have taken the XTurismo project seriously, decided to make the first real tests in the USA. More specifically, they moved their creation to Detroit where as part of the North American International Auto Show 2022 put into operation their flying motorcycle. 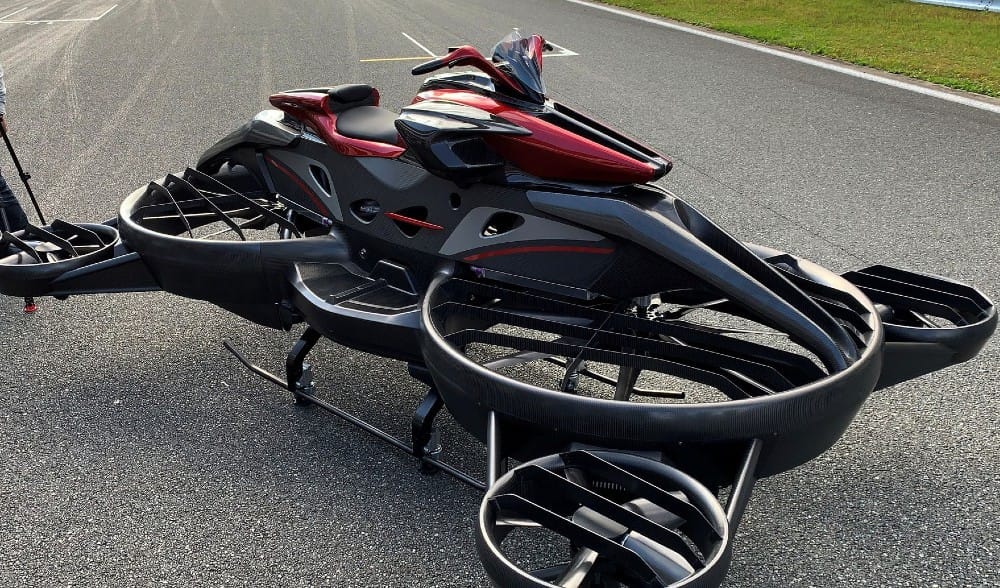 The XTurismo, in the video released online, is seen being ridden by a rider in motorcycle gear. The vehicle with the propellers in a drone configuration it starts up and starts to fly a few meters above the tarmac. It is able to move back and forth, turn and finally to land smoothly on the ground with the rider in complete control of the XTurismo.

What made the most impression is the intense noise produced by the propellers, which will prove problematic if the vehicle is driven on a public road. The XTurismo is equipped with an electric propulsion system that drives the propellers. The vehicle can develop speed 80 km/hweighs about 300 kg and has flight range about 40 minutes. As you can imagine, ALI XTurismo is a future project taken from the movie series Star Wars which will hardly find its way into production… at least not in the next 50 years!

READ ALSO:
Refresh for 2023 Zero SR/F and SR/S
Ducati without a rival in MotoGP
Minor changes to the 2023 Kawasaki ZX10R

Dimitris Skarmoutsos: “Many times I felt that I was getting close to death”

In Ukraine, Gruesome Injuries and Not Enough Doctors to Treat Them