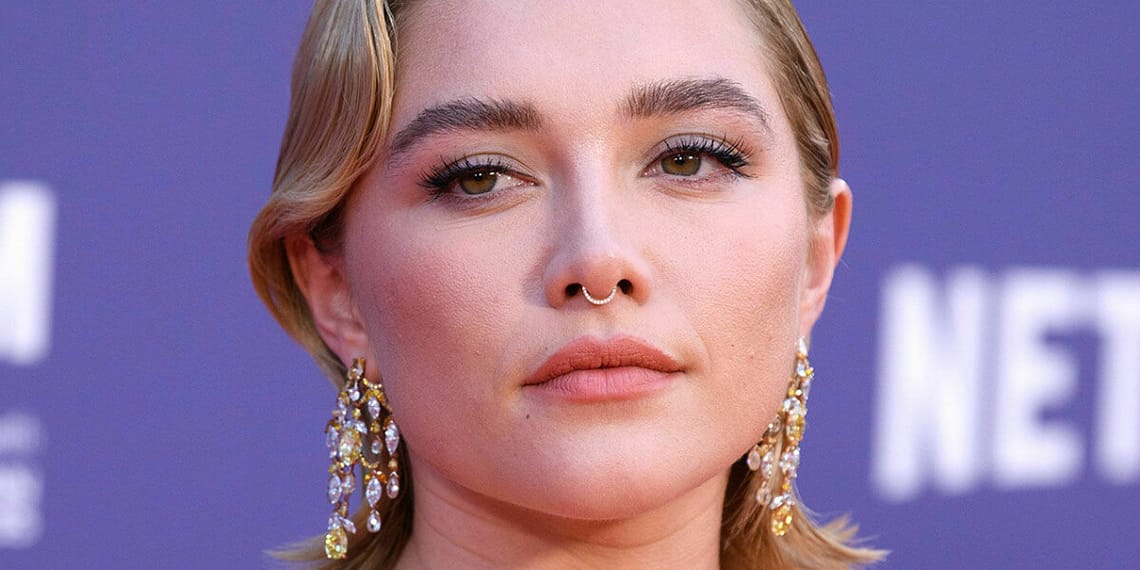 After Florence Pugh appeared at Valentino’s show in a transparent dress got Don’t Worry Darling– the actress a lot of comments about her body – something she talks about in a post on Instagram.

Florence Pugh, one of Hollywood’s hottest stars of the year, recently took the opportunity to hit back at all the body-shamers who commented on her body – which she knew would happen when she appeared in a see-through dress at Valentino’s show this summer.

It was at Valentino’s Haute Couture show in Rome in July that Florence Pugh appeared in a pink Haute Couture dress by the Italian fashion house. In the media she was praised for her look, but on social media the comments looked frighteningly different, says Florence.

“I knew even before I wore that amazing Valentino dress that there would be comments. Whether the comments were positive or negative, we all knew what we were getting into. I was super excited to wear it and not a bit nervous before, during or after.” writes Florence Pugh in a post on Instagram.

“It’s been interesting to see how easy it is for men to try to destroy a woman’s self-image regarding her body publicly, and proudly in front of other people, with their job titles and email addresses publicly in their Instagram descriptions? It’s not the first time, and certainly not the last, that a woman has been told what’s wrong with her body by a group of strangers.”

“It worries me how some men can be so vulgar. But something that worries me even more is why are you guys so afraid of breasts? Small? Large? Left? Right? Just one breast? Or maybe no breast? It’s so horrible. It makes me wonder what happened to you that makes you so comfortable being vocally upset about the size of my breasts and my body?”

Florence Pugh on the comments

Florence also writes that over the years she has learned to love her body and that she cannot understand how one’s body can be someone else’s business.

“Fortunately, I have become friends with all the parts of my body, which also make me me. I’m happy about all the “flaws” that I couldn’t even watch when I was 14. So many of you were very keen to tell me how disappointed you are with my “small breasts”, and that I should be ashamed of how “flat chested” I am. I have lived in my body for a long time, and I am fully aware of my breast size and am not afraid of it either.”

“I am very grateful that I grew up in a home with strong, powerful, curvy women. We have been raised to find strength in the flaws of our bodies and to be publicly comfortable with our bodies. It’s always been my goal in this business to say, f*ck this and f*ck that as soon as someone expects my body to turn into the opinion of what’s hot or sexually attractive.”

“I wore that dress because I know. And if it’s easy for you to be publicly loud and abusive to women in 2022, then your answer is that you don’t know. Grow up. Respect people. Respect bodies. Respect all women. Respect people. I promise, life will be much easier. And all this because of two cute little nipples… #f*ckingfreethef*ckingnipple.”

Latest on the sending of letter bombs, live

Becali thundered after FCSB’s victory: “‘Bufa-bufa’! So what are we doing here? I asked Dica for an explanation”