All Zendaya fans have reason to be upset because she will not be attending "Met Gala 2022"! |

The luxurious quarantine of Pocho Lavezzi and his girlfriend in Saint Barth: they spent more than 1.5 million dollars

by HAVANNEWS
in Hot
Reading Time: 2 mins read
A A
0
1
SHARES
5
VIEWS
Share on FacebookShare on Twitter 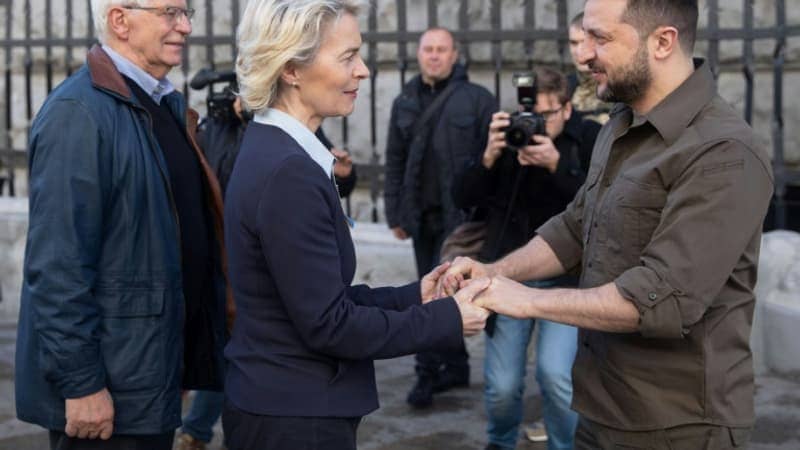 Josep Borrell, the High Representative of the European Union for Foreign Affairs wants to draw inspiration from what the United States has done in Afghanistan by redirecting the assets of the Afghan central bank to humanitarian aid.

Russian money to rebuild Ukraine at war? This is the idea advocated by Josep Borrell, the “Minister” of Foreign Affairs of the European Union. In an interview with the Financial Timesthe senior diplomat wants to take advantage of Russian assets frozen abroad to finance the reconstruction of Ukraine, on the model of what was done in Afghanistan.

Indeed, the United States did not hesitate to seize 7 billion dollars of reserves from the central bank of Afghanistan in the United States last February – when the Taliban took power in Kabul. This money had been redirected for humanitarian aid and for victims of terrorism.

The same approach with Russian assets? “I would be very favorable to it because it is full of logic” assures Josep Borrell. “We have this money so you would have to explain to me why it works for Afghan money and not for Russian money”.

It must be said that the European Union, like the United States, froze hundreds of billions of dollars of Russian assets. In mid-March, Russia estimated the total assets blocked at 300 billion dllars, out of the 640 billion Russian reserves.

This statement is not, for the moment, an official position of the European Union. Asked about the issue, US Treasury Secretary Janet Yellen was more cautious, recalling that this decision could not be taken lightly.

On the other hand, the idea of ​​selling the assets of the oligarchs for Ukraine was proposed by Joe Biden, as well as by the President of the European Council Charles Michel. Here again, the subject is complex from a legal point of view. In France, for example, frozen assets cannot be seized easily (unless there is a criminal sanction) as this contravenes the inviolability of property law.

All Zendaya fans have reason to be upset because she will not be attending “Met Gala 2022”! |

The luxurious quarantine of Pocho Lavezzi and his girlfriend in Saint Barth: they spent more than 1.5 million dollars

Best language learning apps in 2022, tested by our editors