Reveals the changes to 'MasterChef'

Sunday means ball. In many homes across the earth, this particular day rightfully belongs to the round goddess. Another such day is today. However, today’s Sunday is in no way reminiscent of the previous ones.

This is a special Sunday. A Sunday that cannot be compared to any other and the reasons are clear. Derby in every corner of Europe. Derby in Spainderby in Englandderby in France.

Read also: Liverpool are not “playing” alone for Mbappe – This is the English team that wants the Frenchman!

Games between “enemies”, in all the countries mentioned above. Matches that fascinate and put the entire football world in suspense.

First and better; Europe’s ultimate derby. Perhaps the biggest on the planet. Clasico! A match that has offered countless emotions and iconic moments. Real Madrid and Barcelona face each other today (17:15) at the Santiago Bernabeu. 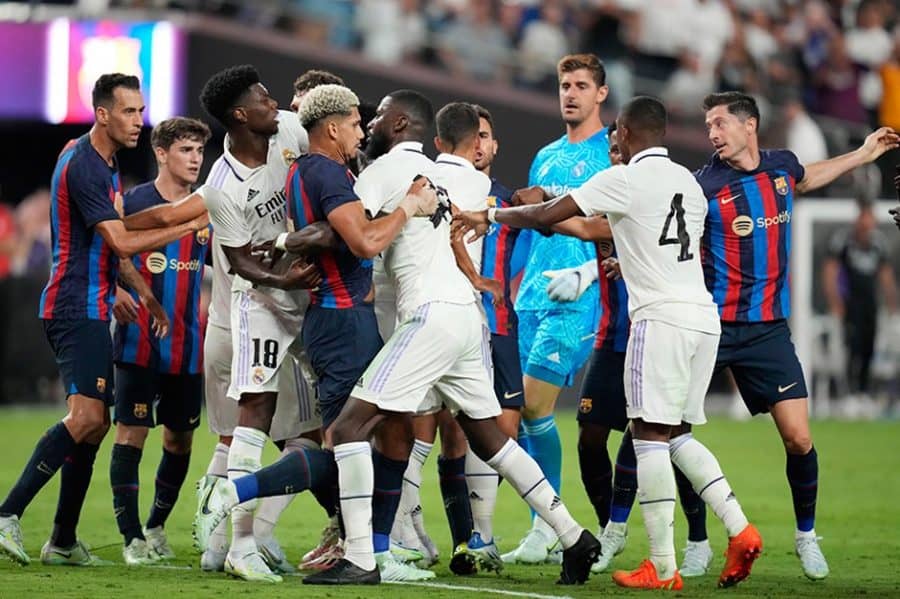 A derby different from previous years as this year’s La Liga race looks set to go down to the wire. Both Carlo Ancelotti’s and Xavi’s side are joint top, something they hope to have “broken” by the end of the match.

A little while later, at 18:30, Liverpool and Manchester City cross swords at “Anfield”, in the derby that has gripped the football world in recent years. On the one hand, Jürgen Klopp’s problematic machine which seems to be “losing”… oil and on the other, Pep Guardiola’s super team which looks unstoppable like the “robot” Erling Haaland.

The reds want the victory like “crazy”, as the difference from City is already -13! The “citizens”, on the other hand, want the victory in order to overtake Arsenal, but also to definitively end any title talk that may be happening in “Merseyside”…

Finally, the French… classique. It may seem the most… indifferent on paper, but that’s not how it is for the French. It is a derby that extends beyond the four lines, as the two teams have social differences as well as fan ones.

Paris Saint Germain vs Marseille. The “battle” of the two largest cities in France. North vs. South. Working class, against the… aristocrats! Hate Derby! Derby with everything.

As one can understand, the sofas today will be… sold out. A day full of ball and derby.

Reveals the changes to ‘MasterChef’