His Car Show Paris it was considered important for its implementation after almost three years of bans due to Covid-19. However, it is poor in participants and a “ghost” of its organizational past. What is this due to?

Mr. Carlos Tavares, its CEO Group Stellar, spoke to journalists on the sidelines of this year’s Paris Motor Show and answered questions about the low participation of car manufacturers in it – compared to the past – and about the course of the production process due to the ongoing shortage of semiconductors.

If they did not participate chinese people, essentially, the exhibition in the “city of light” would be the exclusive affair of the French manufacturers, the other companies that make up the Stellantis and Renault Alliance Groups and some French delegations of foreign companies. Mr. Tavares (in the photo with the French President Mr. Emmanuel Macron), among others, stated that at this stage car manufacturers are not willing to cover the costs of participating in such an international exhibition and prefer to invest the money in the development electric vehicles. 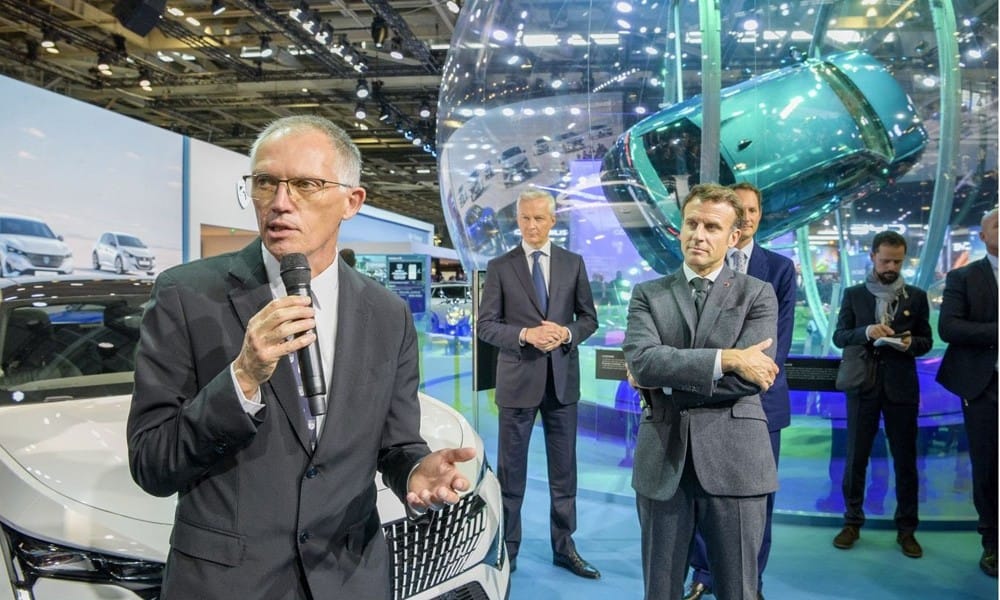 Specifically, he said: “The fact that you only have Renault, Stellantis and the Chinese reflects the fact that car manufacturers are now very more selective in the compensating benefit they will get from investing in the exhibitions. Their costs have come down dramatically. For example, at the Detroit Auto Show a few weeks earlier, the cars were parked at ground level. There were no large constructions for their placement (note: as before).

»Well, the cost came down. Before, it didn’t make sense and now automakers are looking for a return on their investment. Why; Because the cost of electrifying vehicles exceeded all limits, therefore you have to save a lot of money to invest in many areas of electric mobility. People want to make a profit on their investment, it’s normal.

“Nothing lasts forever and the changes you see show that people do not make decisions without influence. You can count on this to continue to be the norm for the next few years.” concluded.

His response was made with optimistic spirit, as he said:The situation is improving. There are a small number of suppliers that are causing problems, say two or three, and we are trying to push them to improve. The problem will be solved until the end of 2023″, pointed out features.

Treasury sets a 9.5% salary increase for officials in three years in the General Budgets without agreement with unions