Brabus S600: The improvement of the Mercedes-Maybach S580 (+video)

Brabus revealed its proposal for the Mercedes-Benz S-Class last year. For 2022, the refiner “raises” a category and changes the Mercedes-Maybach S580.

Starting on the outside, the sedan has carbon fiber inserts on the bumper vents and diffuser. The chrome highlights have been replaced by a Shadow Chrome matte finish, paired with a new set of 22-inch Shadow Gray forged wheels BRABUS Monoblock M «Platinum Edition». Finally, they added ‘Barbus Masterpiece’ graphics to the front fenders and rear pillars. 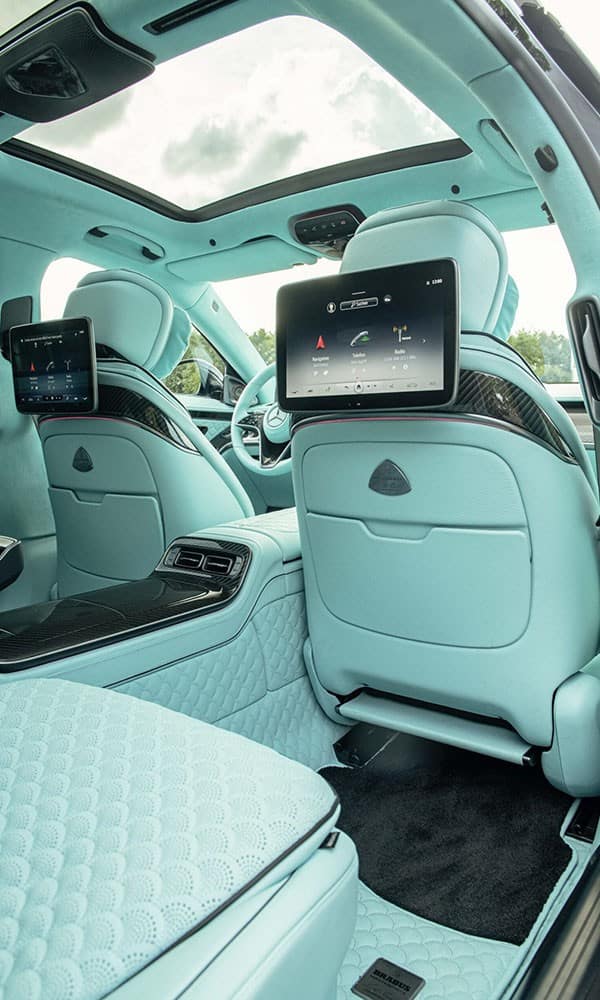 Interior upgrades are less… subtle from those abroad. A new leather upholstery in bold (but bright) Turquoise Blue covers most surfaces around the cabin, with Seashell Diamond stitching and black detailing. Carbon fiber on the center tunnel, dashboard and door inserts is also one special detail of it Brabus which matches the bodykit on the outside. The equipment includes everything you would expect from a Maybach, such as the ventilated and heated independent rear seats, the fully digital function control panel and ambient lighting.

As always, Brabusit was not limited to visual changes. Thanks to the new software, the 4.0-liter twin-turbo V8 engine produces 600 horsepower and 800 Nm of torque (from 503 in the Mercedes-Maybach S580). Power is sent to all four wheels via a nine-speed automatic. Thanks to increased performance, h Bearded 600 accelerates from the 0-100 km/h in 4.5 seconds, while the top speed remains electronically limited to 250 km/h.

THE Brabus has not announced pricing for the facelifted Maybach. Until then, enjoy the luxurious addition in the range of the 600 series enhancer in the video below.

READ ALSO:
At the hands of Brabus, the Mercedes T Class gets a Marco Polo version
Three-axle SUVs 6×6: Boldness and charm
Brabus Smart coming with 430 horses?

Italy sent England and Kane… in the way of our national team!