Ivana Icardi confessed why she believes that Wanda does not love her: "I thought it would harm her career"

by HAVANNEWS
in Hot
Reading Time: 1 min read
A A
0
3
SHARES
0
VIEWS
Share on FacebookShare on Twitter
ADVERTISEMENT 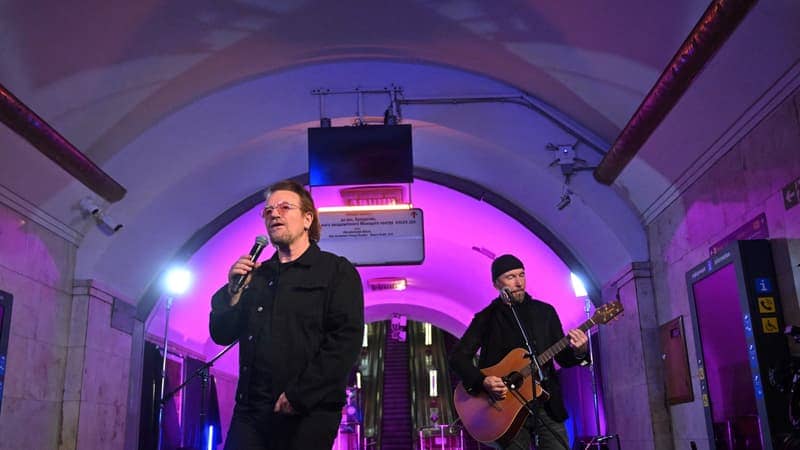 The singer of the group U2 went to the metro of the Ukrainian capital to give a concert in support of the people who were victims of the Russian invasion. He was invited there by President Volodymyr Zelensky.

Bono, the singer of the group U2, gave a concert this Sunday at midday in the kyiv metro in Ukraine. He was accompanied on guitar by his sidekick The Edge. Both musicians were invited by President Volodymyr Zelensky:

“He invited us to play in Kyiv as a sign of solidarity with the Ukrainian people and so that’s what we came to do,” said the group on Twitter.

This isn’t the first time Bono and The Edge have signed up for Ukraine. They came out last month the piece Walk On Ukrainein which they pay tribute to the courage of the Ukrainian people.

Many personalities from the world of culture have mobilized in recent weeks for Ukraine and raised funds. Last week, Angelina Jolie was spotted in Lviv, western Ukraine. Many Internet users have shared photos and videos of the famous actress ordering at a cafe in the city.

Ed Sheeran has also collaborated with Antytila, a popular group in Ukraine. He realized with them a new version of 2step, his latest single. Proceeds from the clip will be donated to charities that provide relief to Ukrainian refugee children.

Ivana Icardi confessed why she believes that Wanda does not love her: “I thought it would harm her career”

“Every inch of me was in agony”