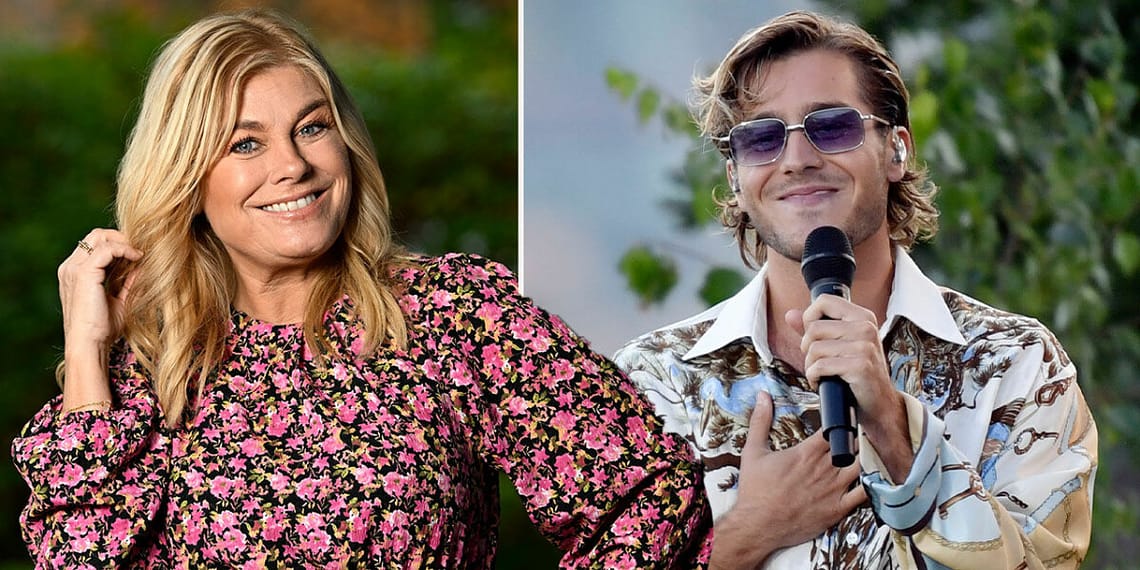 Vladimir Putin: the surreal escape of his goddaughter leaving Russia on foot

Pernilla Wahlgren takes over Sing-along at Skansen starting next summer! Now the son Benjamin Ingrosso tells how he sees the matter.
– A very honorable role, he says to Hänt.

It was at the end of October that it was revealed that the legendary singer and television profile Pernilla wahlgren54, takes over the baton for Allsång at Skansen!

Pernilla has a long career behind her. But now the summers in Spain are over and instead it will be summer at home for Pernilla!

In that Sanna Nilsen announced that she is quitting this summer then it began to be fully speculated, but now it is clear: Pernilla Wahlgren is the next choir leader. Now the son speaks out Benjamin Ingrosso25, about his mother’s new assignment.

Pernilla Wahlgren about taking over Sing-along at Skansen

When Pernilla visited SVT’s The morning studio she told us about the feelings about leading the mission.

– It is so big, so honoring and flattering. I am so happy to shoulder this mantle after all the Allsång leaders who have come before me, Pernilla said then.

Sanna Nielsen was also there and took the opportunity to give Pernilla some good advice.

– I have a piece of advice. What everyone told me was to “make the show your own so the audience gets to know who you are,” Sanna said then.

Even the legendary Lasse Berghagen has sent a tip to Pernilla before the assignment.

– My advice to her is don’t forget the TV cameras! I made that mistake in the first program, I forgot about the TV audience and only worked towards the audience at Skansen, Lasse told Expressen.

Benjamin Ingrosso about Pernilla Wahlgren in the all-song

After SVT broke the news that it will be Pernilla who will take over the popular program, there has been both positive and negative response. On social media, many artist colleagues have congratulated her on the assignment and viewers have also wished her luck. Most of Pernilla’s family took to social media to congratulate her on her new job. But someone from whom it echoed quietly was the son Benjamin Ingrosso.

However, there have also been those who are all the more skepticalbut on the other hand, others believe that perhaps this was exactly what the sing-along needed.

Benjamin is definitely one of those who sees the news as something positive! When Hänt meets him at the Music Publishers’ Prize, he talks about his joy.

– So much fun for her! Crazy, I’m so proud. It’s still a very honorable role, and I think the mother will do it best!, he says to Hänt.

When asked if he himself would like to take on the role, however, he is adamant that he does not want to.

– No, no, I’m just happy to be an artist in that context, says Benjamin to Hänt.

Vladimir Putin: the surreal escape of his goddaughter leaving Russia on foot