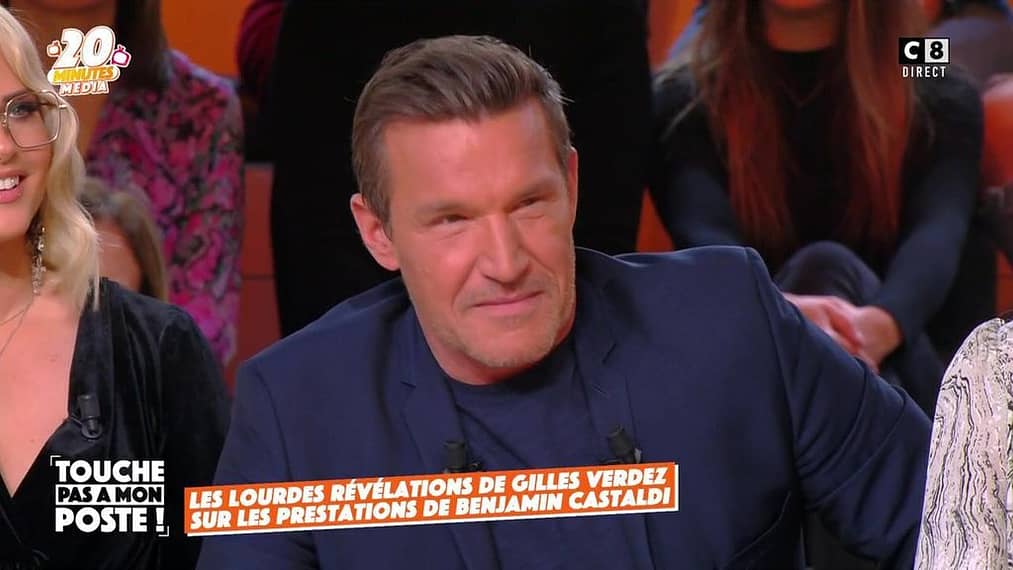 Benjamin Castaldi embarrassed: this day when he was offered as a gift to a married woman 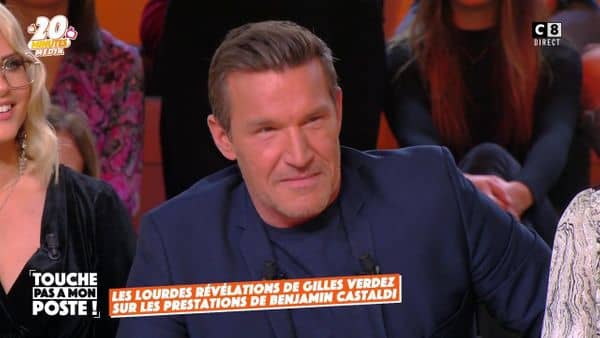 This Tuesday, November 1, C8 broadcast a new number of Key not at my post. During the show, Gilles Verdez revealed that Benjamin Castaldi had been given as a gift to a married woman during a rather special evening. An anecdote that has obviously bothered the former host of Secret Story.

A gift in the flesh. This Tuesday, November 1, Cyril Hanouna presented a new number of Do not touch My TV on C8. During the show, the host wanted to talk about Mariah Carey who is about to recover a nice sum of money as the Christmas holidays approach, thanks to her tube All I want strong Christmas is you. The opportunity for the columnist Guillaume Genton to reveal that the famous singer is asking for 600,000 dollars to participate in a private show. Cyril Hanouna indicated for his part that a friend of his had called on the talents of Lady Gaga for an evening, and that she had pocketed no less than two million euros. These exorbitant sums then challenged Gilles Verdez who wanted to tell a quite incredible story regarding another columnist: Benjamin Castaldi.

“It takes place at the Château de Chambord. Benjamin Castaldi had been booked by a married man to be given as a gift to his wife”, revealed the journalist, while the former host of Secret Story seemed extremely embarrassed. The latter nevertheless specified that he had agreed to perform this service for 100,000 euros. He then provided more details on this crazy story.

Benjamin Castaldi: “I arrived by helicopter”

“It goes back to the early 2000s. I was at a kinda Eyes Wide Shut party (film directed by Stanley Kubrick with Tom Cruise and Nicole Kidman in the key roles, editor’s note) in Chambord, with people not so dressed”said Benjamin Castaldi, adding that he had made a flamboyant entrance: “I arrived by helicopter and there was the lady who was on the porch”. The other columnists then wished to know what he should do next with this woman. “I understood that I had to be nice to the lady…”, simply indicated the host, without revealing more, but specifying that he was single at that time. “It was an absolutely amazing night.”concluded Benjamin Castaldi who regularly reserves beautiful surprises.

For several months, the columnist of TPMP regularly talks about his money problems. On October 24, he said, for example, that he “accumulated around eight million euros”, but that he lost a lot, in particular because of the bad choices he would have made throughout his life. “Afterwards, there were the divorces… And afterwards, I wasn’t careful enough, I invested heavily in real estate which turned out to be rotten. When you invest 2.7 million and it’s auctioned off for 400,000, you’re a little short of money at the exit. Now rest assured, everything is fine. If motherfuckers hadn’t stolen my sorrel, I’d still have two or three million in front of me”thus confided Benjamin Castaldi, always the plateau of Touche not at my post.

5 Facts about James Viscount Severn The Youngest Grandson of Queen Elizabeth II, Handsome but Not a Prince