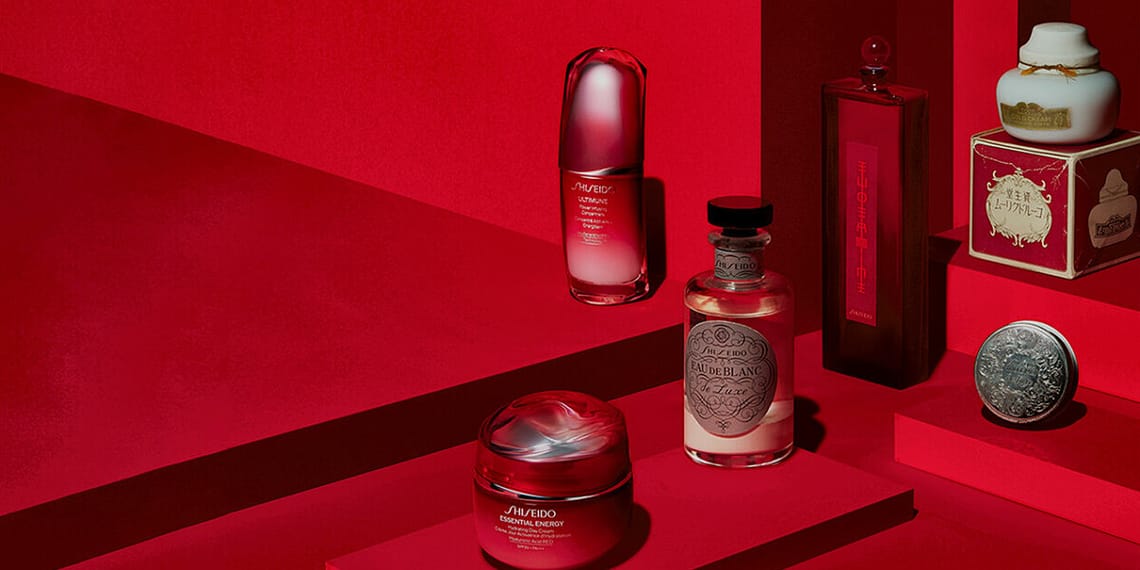 Jane Fonda sick with cancer: she reveals to be condemned and says she is "ready to go"

Everything has a beginning. For the beauty brand Shiseido, it started in Tokyo’s Ginza district in the hands of a young pharmacist with a dream. Now the beauty giant is celebrating 150 years.

The year is 1872 and a new Western-style pharmacy opens in the Ginza district of Tokyo. Behind the counter is Arinobu Fukuhara, 23 years old. His father was a doctor of oriental herbal medicine and after training himself as an apothecary and in western medicine, he served in the Japanese navy.

Started one of our biggest beauty brands – Shiseido

From there he took the plunge and founded what started as a pharmacy: Shiseido. The syllables shi-sei-do mean: resources, life and house. From the start, the company has worked across borders between Eastern culture and Western lifestyle and at the intersection of science and beauty – with opposite poles as the energizing engine.

Arinobu Fukuhara was a pioneer who wanted to take all the good things in life and create something new. In the late 1880s, he became famous for introducing a brand new toothpaste in cake form, which replaced the powder varieties on the Japanese market. Customers loved the invention – it tasted good and was practical. After the success, Arinobu Fukuhara sought new innovations in cosmetics and skin care – and in 1897 it was finished! Shiseido’s first skin care product: Eudermine. A lotion that was sold in a beautiful glass bottle with a ruby ​​red formula – and is still popular today.

Arinobu’s son Shinzo Fukuhara, a photographer by profession, took over the business in 1915. He quickly left his mark on the company, among other things, by starting the first own design department and soon after a gallery in Ginza, which raised young stars.

Another commitment was the Miss Shiseido program, which in the 1930s gave Japanese women the opportunity to study and work. Shiseido quickly became a popular brand even globally and in 1957 they opened their first international store in Taiwan, followed by Hawaii, USA, Italy and France. Today they are number one in beauty in Asia and Japan and the fifth largest beauty brand in the world, with a global turnover of 8.3 billion euros last year.

– The anniversary is a milestone for our company, where heritage means so much. We celebrate 150 years of passion, innovation and commitment to beauty. This is a moment to look back on what we have achieved, with pride, but also to look forward to achieve our mission and build tomorrow’s legacy, said Franck Marilly, CEO of Shiseido’s EMEA Region (Europe, Middle East and Africa) and Global fragrance division.

The brand is now and then characterized by an in-depth focus on research. Today there are eight centers for research and development around the world, including a unique open laboratory in Yokohama. The main approach is to work under the premise that the skin is not only a body part, but also the whole body’s contact with the outside world. Therefore, much of the research focuses on the three systems connected to our skin: the nervous system, the vascular system and the immune system.

Beauty with high technology and science hand in hand

– From the very beginning, Shiseido’s aim has been to offer a unique holistic approach to beauty, which seeks to act not only with what we see on the surface of the skin, but with all the internal mechanisms that keep our skin in shape, says Nathalie Broussard, Director of Science Communication for EMEA at Shiseido.

Shiseido has played a leading role in the development of certain key ingredients in the industry. In the mid-1980s, Shiseido became the first Japanese company to produce biotechnological hyaluronic acid on a large scale, for cosmetic use. And development does not stand still, on the contrary.

– Through the years and the many scientific discoveries, Shiseido has built a good reputation in the scientific field and we are happy to be seen today as one of the groups with the greatest expertise in cosmetic innovation, says Nathalie Broussard.

It was also research that in 2014 resulted in the immensely popular Ultimune power infusing serum. The little powerhouse was launched as the first cosmetic formula to interact with the skin’s defense system. Today, a bottle is sold every seven seconds, worldwide.

– Of course, research on the skin is essential to create innovation, but the most important thing is still to meet a need of the consumer, she points out.

Shiseido works according to a philosophy they call dynamic harmony – which allows opposite conditions to become a driving force for creativity and innovation. Now Shiseido is looking into the future with new innovations and sustainable packaging.


ELLE’s beauty editor advises: Here are the Christmas presents to put on the wish list

Great focus on sustainability for the future

– Our research keeps pace with the consumer’s needs – always with an open perspective and close connection to the outside world. Innovation is not at the expense of sustainability, but on the contrary, it is guided by respect for both nature and people. It is about how we can combine modernity and naturalness, how we can act on sustainability in a more global way and earlier in the development process. The close relationship between the two, seemingly opposite, concepts of innovation and sustainability is something that makes Shiseido unique, says Franck Marrily.

In seven years, in 2030, the vision is to be number one in the world – a company where beauty and health, science and well-being can interact with a continued departure in the Eastern tradition and culture. Beauty from the inside out. Just like when Arinobu Fukuhara opened the door to his first pharmacy 150 years ago.

Jane Fonda sick with cancer: she reveals to be condemned and says she is “ready to go”