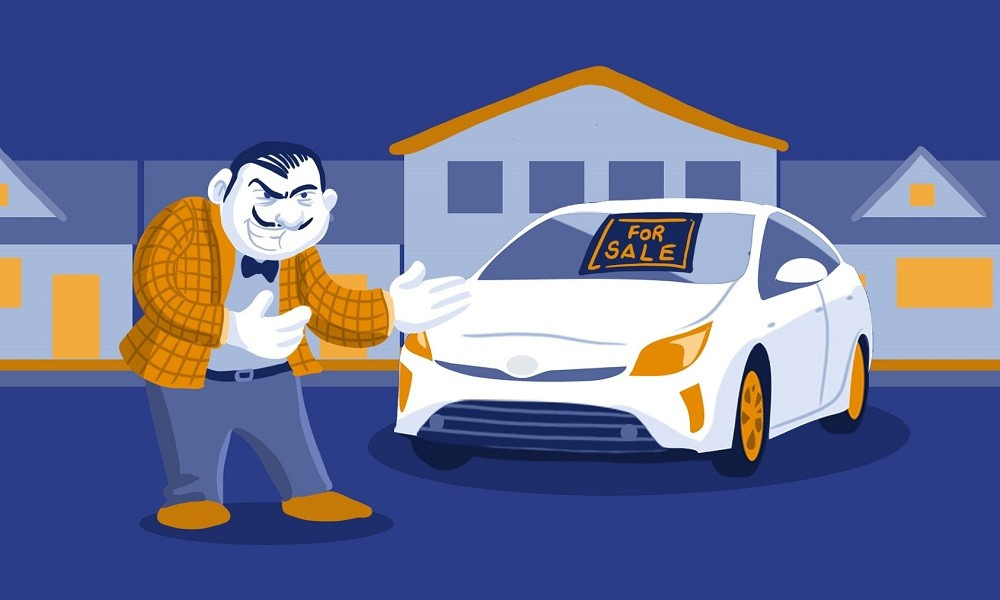 The “famous” scammer in the Western Suburbs announces to his victims that he was ruined by his salesman and the previous company went bankrupt.

Towards the end it seems that the case of shrewd trader used cars at Western Suburbs as complaints reaching the Newsauto.gr is dozens and it is now very easy to overcome it psychological limit of 120,000 euros and misdemeanor to become felony!

THE astute used car dealernow also known in Police authoritiesthrough the websites with sales ads used cars posted models in extreme attractive prices which as it turned out later did not belong to him but related to rented cars it seems that he changed his shop name and spreads that the… destroyed its seller and has go bankrupt!

The unsuspecting consumers were visiting it store of the shrewd merchant and after finding out that there was the car and they were going for it too control they proceeded to deposit a large down payment, usually over 8,000 eurosin order to secure the purchase of… opportunity.

The astute trader was making sure that within 15 working days they would have receive the car their customers to be able to have prepared the line of defense that would include incredibly lies and excuses for the delay in delivery.

However, the number of unsuspecting consumers it has become too much large and most have already visited lawyers but also the Principles to coordinate them their next moves and to be able to collect the money which they have given as advances for… non-existent cars.

Unsuspecting consumer who had given 15,000 down payment to get a nearly new one Toyota C-HR (model 2021) but never received it and moved on all the legal actions which he must do to ensure that he will be able to collect his money.

In fact, in the context of the negotiation with shrewd trader and his visit to his store he found that the company he’s got change name!

In fact, with too much audacity, the merchant used cars announced that went bankrupt as a seller of embezzled money and now operates with new name!

Now how o employee embezzled the money from him shrewd trader is worthy of question as the unsuspecting consumers they deposited the fat ones advances to the bank accounts of shrewd trader and not to Bank account of… employee of!

His goal shrewd trader he was duplicitous as initially in this way he believed he could posts again ads with used cars at websites with ads which have him exclude and the second reason focuses on the fact that the new name of second-hand trade hasn’t yet negative comments at social media and will be able to “fish” new victims.

Another consumer who had deposited 9,000 euros for one Renault Clio with first permission the 2019 points out to Newsauto.gr that: “I also fell victim to the acquaintance rogue merchant in the Dove. In early June I visited the astute trader and saw and drove one Renault Clio of 2019 and to close it the dealer asked me advance payment of 10,000 euros and the delivery of the car would take place in 15 days. The two weeks of estimated delivery became 1 month, 2 months 3 months… I called almost every day and went back and forth to see what was going on and obviously heard ridiculous excuses. I put one lawyer, I went to Police I filed a complaint, but until today not even a car I have received neither the money my! I share my case with you so that I too can contribute to your work and be able to protect some people unsuspecting consumers who will go buy non-existent cars from him shrewd used car dealer in the Dove! I also hope the law changes and all these astute to be behind someone cell at prison so they stop cheating unsuspecting consumers. You in Newsauto.gr really keep it up your excellent work as you are currently the unique support for victims of savvy used car dealers.”

READ ALSO:
Caution! Fraudulent used car dealer in Peristeri
He “ate” over 120,000 euros for confiscated cars!
He gave an advance of 22,500 euros for a non-existent Mercedes Vito Tourer!

Roma – Lecce: Dybala was injured while taking a penalty, scored and left!

The Fed Is Creating Some Room For The Downturn