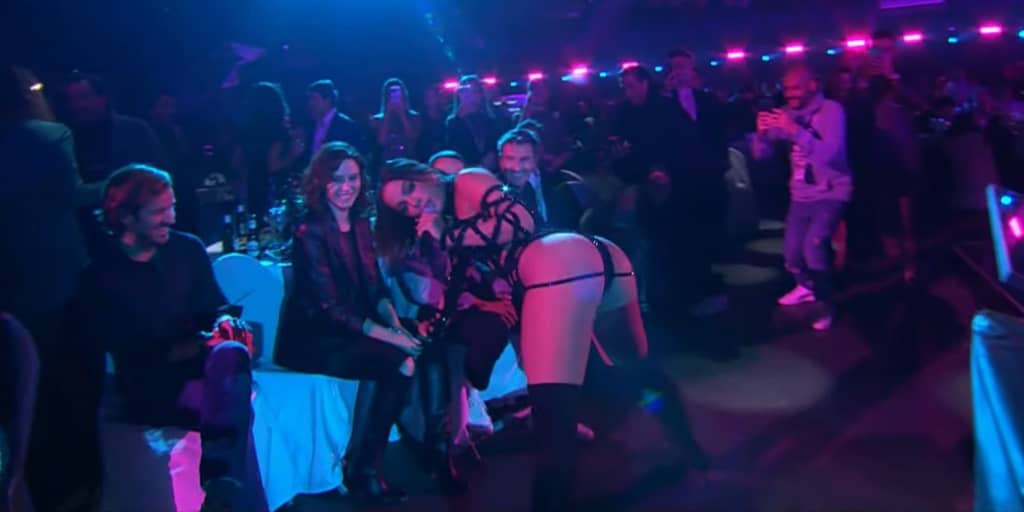 by HAVANNEWS
in Entertainment
Reading Time: 1 min read
A A
0
0
SHARES
1
VIEWS
Share on FacebookShare on Twitter
The singer Anitta has starred in one of the most striking moments of the ‘LOS40 Music Awards’ gala. During her performance, the Brazilian has approached Isabel Díaz Ayuso to dedicate a short twerk while singing ‘Wrap’.

The president of the Community of Madrid, who he has done nothing but laugh, attended the award ceremony of the well-known music chain as a guest. The ceremony was held during the night of November 4 at the WiZink Center in the capital.

In addition to politics in Madrid, Anitta also twerked Belén Estebán and Eugenia Martínez during her performance.

Among the prizes that have been awarded, the Spanish artist Chanel has won the award for best artistwhile Ana Mena and Rosalía have received the best song and best album, respectively.

International artists have also been protagonists of the gala with recognition for Bizarrap as best urban producer and Shakira and Rauw Alejandro for best video clip.

We are looking for a balance between culture, dining and wilderness in areas with homes for $300,000 – so where should we retire?