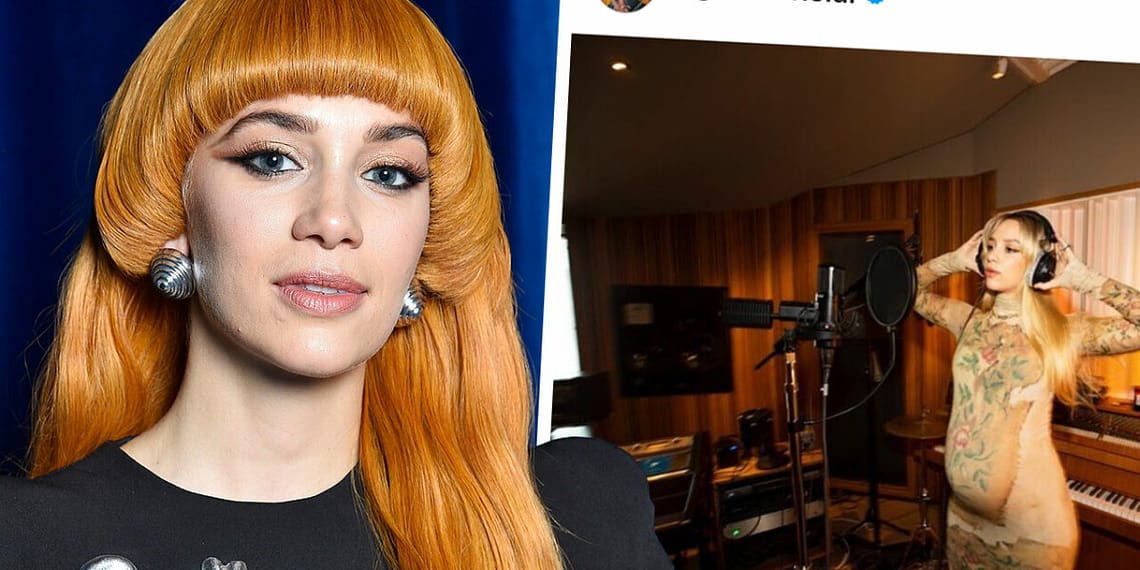 "Monchi was harassed in the locker room tunnel by employees, players and some Betis adviser"

Agnes Carlsson’s first words about the pregnancy – the picture shows

Agnes Carlsson and Vincent Pontare have had a child.
Now the artist expresses news about the pregnancy – after the baby happiness.
“A rather powerful combination,” she writes.

Agnes Carlsson34, and Vincent Pontare, 42, have been a couple for years now. In fact, they’ve even been planning to get married for five whole years. But the right opportunity hasn’t presented itself for the couple, and it didn’t help either with a pandemic that put an end to all the festivities – as Vincent explains to Hand on the red carpet during Grammy Gala.

– Yes, we have been at it for five years now. But there was a place that we had found that was very nice, that didn’t work out. And then time rolled on. The pandemic came, so we have to take new measures, he says.

When Hänt turns to Agnes to ask if they have any plans to expand the family, she chooses to answer cryptically.

– We will see, says Agnes and smiles before she continues:

– Now we are here and enjoying the fact that we have made music together. And I can feel that right now is so beautiful that we can share what we create and be creative together.

The pregnancy between Agnes Carlsson and Vincent Pontare

Vincent is the son of singer Roger Pontare, 71. Although Agnes and Vincent were cryptic with their answers regarding children, Roger was more outspoken. In an interview with Hänt, the artist confirmed that he would become a grandfather again after being asked how many grandchildren he has.

– How many are there now, two, four, five. It’s five now and could eventually be six, says Roger before revealing that it’s about Vincent and Agnes:

– Yes, Vincent, that devil. It’s on. It is a magical happiness. It’s fun with grandchildren, it really is. When you find out that it’s going on and so on. There is a beautiful dimension to the whole incident, he said then.

Nemo Hedén on happiness with his daughter: “Magical”

Recently, Hänt was able to reveal that Agnes and Vincent have become parents. They had a daughter who was born on 6 October and according to the civil registry, she has been given the name Silvia Carlsson.

As you know, Agnes has been reticent about commenting on the pregnancy. But now she has expressed her first words about the pregnancy. She shares a picture on Instagram and writes the following:

“Creating music and life at the same time is quite a powerful combination”, translated into Swedish.

“Monchi was harassed in the locker room tunnel by employees, players and some Betis adviser”

The Sweden Democrats want to gain influence over foreign policy