"Given Poland's Atlanticist tropism, EDF had little chance of winning against the American Westinghouse"

A mountaineer makes a shocking discovery by chance 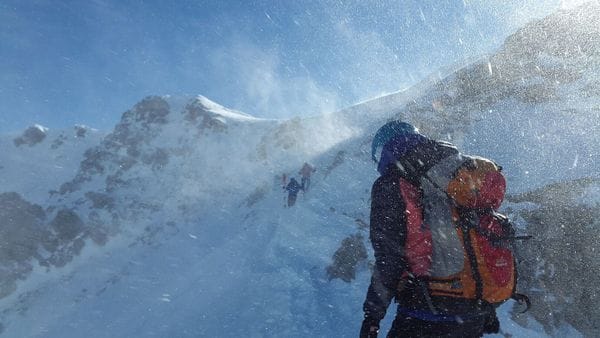 A Dutch mountaineer passing through Haute-Savoie did not imagine exhuming a painful memory by discovering a simple little piece of plastic in the snow. We tell you that!

Ömer Sami was making his way through a pile of rocky debris on the Leschaux glacier in Haute-Savoie when he noticed a small, seemingly innocuous plastic card under his foot this Friday, October 28, 2022. This waste accidentally forgotten in the Bauges regional natural park was none other thana blue carda mute witness to a tragic accident in the mid-1990s.”She was almost intact. I thought at first that it showed how plastic does not decompose and pollutes the mountaintestifies the mountaineer of Dutch origin in the columns of the Parisian. I just thought its owner lost it on the glacier years ago. It aroused my curiosity. So I wanted to find his trace by posting a photo of his credit card on Facebook. Ömer Sami’s investigation would be facilitated by crucial information on which time had not taken hold.

The photo posted on social networks makes it possible to clearly identify the identity of the owner of the Crédit Lyonnais card: Andries Jurgen. The young member of a Belgian alpine club had disappeared at the age of 21 during the ascent. Tragically disappeared at age 21 years during the ascent of the famous north face of the Grandes Jorasses, a “magnificent and gigantic wall, one of the most beautiful and severe in the Alps“according to François Labande in his guide The Mont-Blanc Range (1987). Ömer Sami was able to count on the help of fine sleuths to document this dramatic news item on July 28, 1995. At the time, an article from Dauphine Libere revealed that rockfalls had caused the death of three Belgian mountaineers in the expedition. “I was far from imagining that I was going to revive bad memories in the valley“, says the Dutch tourist who wanted to send the young man’s credit card to his family.

Access Mont-Blanc becomes an increasingly perilous ordeal as we record the consequences of drastic climate change. Cracks and falling rocks now pave the way to the top of the “roof of europe“. In a survey published by The Parisian this summer, Olivier Grébert, president of the Compagnie des guides de Chamonix, noted that only one “dozen or twenty people a day, more specialists“are now making their way to the high peaks,”compared to 100 to 120 people in normal times“. We point the finger at falls from snow scattered during the winter, exposing vast portions of glaciers, sometimes themselves covered with sand from the Sahara. Then comes a summer thaw, an ordeal for the snow bridges essential for crossing the crevasses. Budding mountaineers have nevertheless responded to the call of the mountains by the thousands this summer in Chamonix, at the foot of Mont Blanc. A success to qualify when we know that of tourists have given up any plans to climba venture that has become too risky for some, while others have simply canceled their stay in Haute-Savoie.

“Given Poland’s Atlanticist tropism, EDF had little chance of winning against the American Westinghouse”

Council of Mallorca: Presented ‘EsportNet. We are Team!’