A Majorcan in the Buchenwald Nazi camp

The algaidi Michel Llompart (Annemasse, France, 1939) has just published The hell of Joan de Can Puigby Moll Nova Editorial, a book in which he recounts the hell (as the title says) that his father, Joan Llompart, lived in the camp of buchenwald nazi rally (Germany) and in the salt mines of Plömnitz (present-day Poland). It will be presented next Friday at the Sala Polivalent des Porrassar, in Algaida, at 8:00 p.m. Michel Llompart explains that “he had the idea of ​​writing the book in his head and in his heart. In 2010, invited by the historian Elena Rodriguez, my family and I visited the Buchenwald camp. That visit marked me and from then on I took part in public talks in institutes and cultural centers. Even the UIB invited me to participate in a conference. Recently, Tomeu Canyelles, from Nova Editorial Moll, spoke with me about the importance of everything that I explained being reflected in a book. And so it has been.”

Joan Llompart, born in 1903, emigrated to France when he was only 16 years old to flee from hunger in Mallorca. Michel details that his father ended up in the town of Annemasse, near the Swiss border, “where he set up a fruit and vegetable business that worked very well for him. He was well received and rarely returned to Mallorca. One was to do military service and another to marry my mother, she also algaidin Juanita Ballester. With the Second World War, not being involved in politics and having a fruit and vegetable distribution business, the French Resistance asked him to supply food to its members. However, in 1944, the Gestapo discovered him, beat him up during interrogations and he was sent to the Buchenwald camp, where he coincided with Jorge Semprún, who would become a politician and writer». 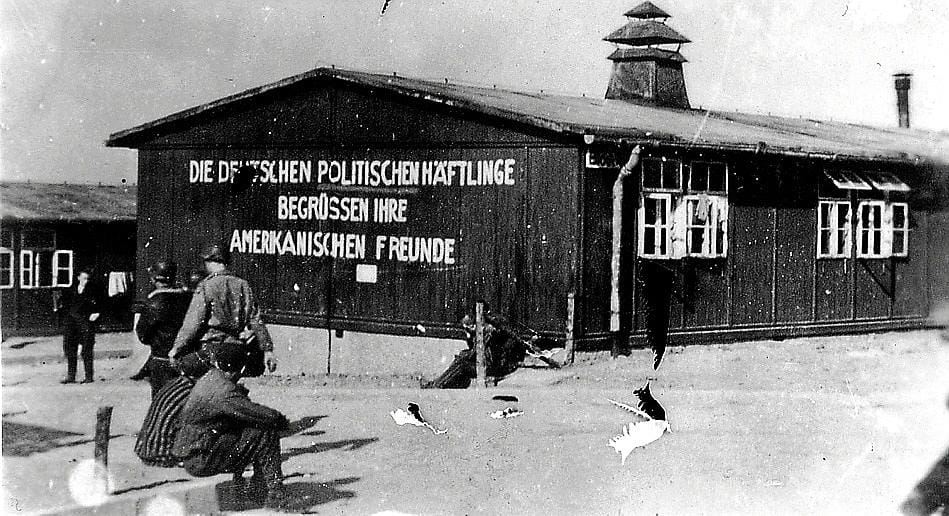 Michel Llompart says that “in Buchenwald everything was humiliations. My father lost his name and it was just a number. At first, when they called him by that number in German, he did not understand it and, by not answering, he was the target of new attacks. Like many Spaniards in concentration camps Nazis, the Franco regime did not want to know anything about them. And my father’s case was different from that of the exiled Republicans, since he was an emigrant due to economic needs who had already been in France for 25 years. My father was stateless.”

It is estimated that in Buchenwald they died about 56,000 people. Many of them were sent to labor camps, dying of malnutrition or physical exhaustion, and Joan ended up in the Plömnitz salt mines. Michel notes that “my father was a fat man. He weighed about 100 kilos. In just one year, he returned with 45 kilos ». In Buchenwald the dead were cremated (some 11,000 Jews died there) and clinical experiments were carried out on the prisoners, including curing homosexuals. Semprún later pointed out that “I still cannot explain the smell of smoke from my cremated companions.” Michel Llompart adds that “a friend of my father, when he returned from all that, could not eat cooked meat because it reminded him of that smell.”

Michel’s mother left Joan for dead, but in 1945, with the end of the war, she was informed that she had survived and that I would arrive by train, along with others like him, to the Saint Gervais station. Michel remembers that moment: «Among many people, I saw a man who came up to me and hugged me. With only 6 years oldI didn’t recognize him. In fact, he was not very aware of everything that was happening ». Despite this reunion, Joan and Juanita separated, and a few years later Michel and his mother returned to Mallorca. Until Joan died, in 1980, indicates Michel, «he came to Mallorca and I went to see him in France. Despite the distance, we always had a good relationship.

Germany, the European country most infiltrated by Russian espionage